9-nine-:Episode 3
Is this site a blessing to you? Check out some free ways to support it!

Minecraft. Well, kinda, my friends defeated the dragon, but I had a hand in helping.
Top 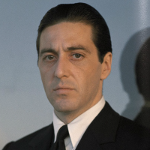 Tried to play Minecraft several times but gave it up each time. Didn't like its gameplay at all. WoW is my all time passion

I have this bad habit of not playing games to completion. Probably the biggest exception to that has been Grandia II which I completed twice on the Sega Dreamcast. Another one I finished was Jeanne D'Arc on PSP.

I guess I beat the ender dragon on minecraft with my kids, so technically we did "beat" that game but there's still more things to do (like fighting the wither, etc).
Top

I beat Skyrim a bit ago. I've just been going through side quests now!
Top

I've recently beat a few games I got for free on PS Plus years ago. One is Sparkle 2, another of those Match-3 games where you have a ball shooter and you have to match three of a color and keep matching them before the "snake" of balls can go down their hole(s). Pretty solid gameplay, if also unoriginal.

I just beat Q.U.B.E. Director's Cut, an interesting puzzle game mostly involving (you guessed it!) cubes. It conveys the puzzle mechanisms in a nice, nonverbal way, though a few puzzles take logical leaps that I didn't know were possible-- it's seems like there's always a few of those in these kind of games... The voiceovers mess with your mind though. You're fed competing versions of a narrative and you don't know which is true until the end, it's pretty cool how it's done. 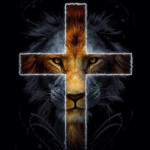 Tried to beat the game of reaching 15 posts, still working on that one

Though, with some of the topic links broken, I think I'll have to get inventive...

Meanwhile, I'm playing through Minecraft on hard survival (not hardcore), just to get familiar with 1.16 and all the new Nether changes. Can't wait to play it with humans! Skyrim is something I attempted to beat with a Level 1 character...it didn't go so well... Less recently, my friends gave me ARK and Monster Hunter, and I eventually tired of both.

The building mechanics in ARK are infuriating. Minecraft, for all the hate it gets, is far superior with regard to smoothness and seamless construction. ARK has gaps between floor tiles, between walls, and finicky ceiling placement. Often, one can accidentally replace an existing piece of ceiling with the one held, destroying the former in the process -- a costly mistake. Probably doesn't help that I play Southpaw, and have to remap the controls of most games, using the mouse with my left hand. I gave up on this, for ARK, and played using a controller...which only exacerbated the building buggy-ness. -_-

Monster Hunter holds your hand to a ridiculous degree, and I got the feeling it was for a very young following, except that the combat was actually challenging....or at least, disorienting. Characters doing flips and combos unexpectedly, and button sequences flashed at you without any explanation what it will do. Often I snared my own character by following an on-screen prompt, which triggered an long animation of my character doing some pointless flourish, only to be bowled over by a T-Rex that, in real life, would have snacked on me instead of knocking me around like a bowling pin. The cat-companion critters were pleasant enough; I just wish there was more dignity in their raiment. The best armor I could find for my comrade made his head look like a giant disco ball with ears. ^-_-^

So, impatience won out in both cases, and I have not really beaten a game in a long time. :}
Top

The last games I beat was Kingdom Hearts Rechain of Memories, both Sora’s Storyline, and Reverse/Rebirth mode.
Top

I think the last game I beat might have been Splatoon with my daughter.
Top

I Beat KIngdom Heart II a while ago, Last Saturday I just beat Birth by Sleep's Secret Episode.
Top

Portal is honestly one of my favourite game series and it's just a great time to go through and explore while trying to figure out the solutions to the various puzzles throughout.
Top
931 posts