For threads that strayed off topic or never made sense in the first place.
14142 posts So I have an art blog.

Srsly dude; those are good.

You are so cool.
Top

dang, nice art! any tips for anime/manga?
"Even if the morrow is barren of promises,
Nothing shall forestall my return."

I didn't know you had such art skills. O_o
"I tried sniffing coke once, but the ice cubes got stuck in my nose."
Top

Thanks a bunch, everyone! o__o


I didn't know you had such art skills. O_o

Well, I didn't really do much drawing before I started last fall. It's mostly a hobby, and I'm not particularly flexible in what I can draw. More often than not a drawing doesn't turn out very well, which is why there's only two on that blog right now. Art class has helped me branch out a bit more, but generally I just enjoy drawing people. Preferably profiles, because drawing matching eyeballs is a glorious pain in the butt. One of these days I'll learn how to master those eyeballs. ONE OF THESE DAYS.

But I would like to see how much I can improve, hence the art classes. It's just that my focus ultimately lies in other areas.

HO HO, yes, unfortunately. I know I said I didn't really draw much before, but I did admittedly dabble around in manga for a while. Actually, for a long time. I don't look back on that time with regret as much as frustration. I was able to learn some important things, but in the end it was a lot of time wasted on something that didn't really help me grow. And now I keep drawing things in a vague anime style, which freaking irks me more than I can say.

My first nugget of advice would be to draw everything, not just anime/manga. You don't want to be in the same boat as me when you become interested in other styles of art but can't draw anything other than anime. It's not impossible to break out of, but it's really dang hard to relearn everything. So draw anime to your heart's content, but try your hand at some other styles and subjects, too. It might not feel comfortable at first, but trust me, it'll help in the long run.

Aside from that, start simple. Copy other anime. Art is a language, just like Spanish or music or dance, and you don't learn any language without copying what you see or hear. Start with something easy to copy, like the mainstream animes. Some of my first drawings were of Naruto and Fullmetal Alchemist, both of which have an extremely simple style. The eyes are basic, the lines were straightforward, they aren't overly realistic. Get those down pat, then move on to something with a bit more elegance, like Death Note, for example. Once you can copy the drawings you see, try drawing from your head. You're gonna suck at it, I promise, but put time and practice into it and you'll be fine. Let me emphasize that again: Time and practice. TIME AND PRACTICE. TIME. AND. PRACTICE.

That's what I did, at least, and it hasn't really taken me too far. I have no idea how to work with colors or how to imply action or how to draw almost anything aside from the human form, but that's easily fixable if I put the time into it. If you're serious, you draw every single day, no exceptions. In my case, you draw when you can. That means I'll be outdrawn by just about any really serious artist, but I'm okay with that. Don't expect too much of yourself, or else you'll just quit.

EDIT: OH HEY I POSTED SOME HOMEWORKS ON MY BLOG. They were new prospects for me, so don't expect much!

CountKrazy wrote:Art is a language, just like Spanish or music or dance, and you don't learn any language without copying what you see or hear.

I'm no expert, but I'd wager this is some of the best advice ever given about an art.

thanks for the info Countkrazy
"Even if the morrow is barren of promises,
Nothing shall forestall my return."

Well, since we are getting close to a thousand pages,
I say we quote memorable posts from 2005-2011 when we feel like it.

Since I joined in 2011, I am not sure what posts are memorable... so I will quote a random one.


ChickenSoup wrote:STOP POSTING ONLY ONE WORD AND HAVING THAT WORD BE LOL OR ROFL!!! *goes into a seizure and has convulsions* *goes into a self-induced coma to escape the one-wordliness* 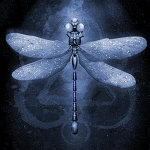 You epically just reminded me of my friendship with Strider, so now I'm sad.

Also, back when Kenny was Xian_Lee. <3
OI! I have a Tumblr. You could follow it if you want,

Oh man. The days when I was supermariofreak35. CalvinAndHobbesFreak. CAHF. OH GOD THE NOSTALGIA.

And then the mystery of Fingolfin. Does anyone know what the heck happened to him?