For threads that strayed off topic or never made sense in the first place.
57 posts

well, not what I expected...then again, I wasn't totally sure what to expect.
Here is how OMGPOP responded,

"Thanks for the concern. The company name "OMGPOP" is not an acronym for anything. Also, we have been purchased by Zynga so we're Zynga now. Thanks!

Sooo, with that clarified, I can try Draw Something now (although I dont' have a smartphone and can't imagine it being much fun with a mouse)

I think I will send a similar message to the confection company producing "OMG's" and see what there response is. I think I will also pray for Kay (and take Jo's suggestion!).

BG
If a tree falls and no one is there to hear it... well, we can be glad that we're all safe!
Top

Wow, Zynga owns it now?
I did not see that coming.

Well, I am glad you sent the letter,
I will be praying for Kay as well.

CountKrazy wrote:So if I say that poops is not poops, will you eat it just because I said it is not poops

you are astute sir

your sarcasm is REALLY annoying. Do you guys wake up and take arrogant pills? Seriously.

Someone made the good point that OMG may not be always stand for the blashpheme - I tend to think most people do use it in that manner. Since there is no easy way to tell, I asked. There is no other way of telling. Could they be lying or just plain ignorant? Perhaps, but God, who really matters here, knows that I took the steps to determine the truth.

Anyway, I won't be adding to this topic any further since there is longer any edifying part to this conversation.

Chicken soup and CountKrazy, I highly recommend you read the following verses:
1 Corinthians 10:23,24 - your attitude's are not concerned with other's feelings
Galatians 6:10 - I am your brother in Christ and you act like this towards me? dude!
Ephesians 4:2,3 - where is the love, eh?

Give you head a shake. If you have better ideas or something constructive to say, then offer it. Don't make me out to be an idiot.
If a tree falls and no one is there to hear it... well, we can be glad that we're all safe!
Top

your sarcasm is REALLY annoying.


Do you guys wake up and take arrogant pills? For the record, I was attempting to make a legitimate point with what I said, even if it mentioned the word "poop." Don't knock it off just because it's a funny word!

No one's trying to make you out to be an idiot. I disagree with you vehemently and I think that's pretty obvious, but the only one that looks like an idiot here is me because of my moronic sense of humor. I just don't really care.

astute and a purveyor of many gifs

I hold fast to the philosophy that pictures speak a thousand words... and if they're moving, they speak a million. :3

I don't think BG was being sarcastic when he asked if you had taken your arrogance pill today; I am, in fact, almost positive it was a valid question, since he has good reason to ask it.

Though personally, I would've put 'grumpy' instead of arrogant, since to call someone arrogant would make me a pot, or a kettle.

And I don't know about BG, but I don't reject your point because of poop (a word I love), but rather because I believe it to be incorrect. This is not a case of 'So if I say that poops is not poops, will you eat it just because I said it is not poops', but rather thinking something is poop, but investigating and finding out it was chocolate ice cream extruded from one of those weird machines that buffets have.

I personally think they were lying, and just trying to mellow BG into not having a complaint any more. So I do get what you were saying (though as I sez, I believe you are wrong), but that's immaterial now anyway, since the name is changed. Further leading me to call you on your point. X2, in fact.

Basically, this thread is rather amazing to me in the hate BG has gotten for no real reason. He's not been rude to the people responding to him (if anyone has rude in a response, it's been me), nor was he rude, judgemental or Pharisaic in his message to the company in question. And he only got somewhat angry when he got laughed off and mildly mocked. Belittled, is the word I'm coming up with (maybe, probably, that wasn't the intent, but it is what happened).

Which is far, far more than I would do if I were in his spot and catching the same flack he is. To add to that, he's got a legit (and very likely biblical; I said it, and I'll stand by it) complaint, and he's doing something about it instead of just complaining over it, which is more than I can say for myself.

So to all the haters, I would ask this: What be yo' deal son?

Much love dude, and no intention to hurt ye, but...I just don't see why BG is getting farted on.

the only things I have to say:


bgpablo wrote: Galatians 6:10 - I am your brother in Christ and you act like this towards me? dude!

Finally, be strong in the Lord and in his mighty power.


Give you head a shake. If you have better ideas or something constructive to say, then offer it. Don't make me out to be an idiot.

"Therefore, as we have opportunity, we must work for the good of all, especially for those who belong to the household of faith."

Derision, fun as it is, is not working for the good of anybody except stand up comedians, pop stars and politicians. but 4srs. Disagreement is gonna be the haps sometimes. Should we just all follow each other lemming-fashion or is there room for "um, no"?
My name is ChickenSoup and I have several flavors in which you may be interested
Top 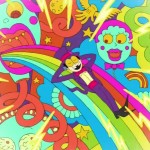 am i the only one who finds it funny that this thread is located in "nonsense" lawl. just sayin >_>
"When the world flips you a Jeffrey, stroke the furry wall"

TheWampaKing wrote:am i the only one who finds it funny that this thread is located in "nonsense" lawl. just sayin >_>