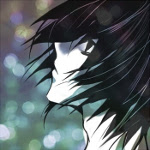 You should totally read the How to train your Dragon books! The originals! ^^
Top

I would definitely recommend The Kite Runner, by Khaled Hosseini

It's a beautiful story told through the view of Amir, an Afghan boy who has a best friend named Hassan. Even though the two are best friends, as the story progresses, it becomes more apparent that they have differences in class, social status, & the way that the world views them. They kinda' grow apart as time goes by & historical events occur. Somewhere in the story, they basically end up in two very different places w/ two very different surroundings.

What book of the Bible do you recommend I study next? Almost done with Hebrews
Top

i recommend "On the edge of the dark sea of darkness" and its series. It was written by a christian named Andrew Peterson he has made several christian music albums.
Top

I am new here, but reading is my biggest hobby. (Besides playing Minecraft of course!) And I definitely recommend LOTR, Percy Jackson, Hitchhikers Guide To the Galaxy, Harry Potter, The Hunger Games, Divergent, Mrs Peregrines Home For Peculiar Children, A Series of Unfortunate Events, and many others, but i won't trouble you right now! I could go on for hours!!! So glad to be a part of this group!!!
Top

LOTS... But my favorite is Percy Jackson
Top

Watership Down. When I first heard about it I thought It was about submarines.
Top

Primarily the Word of God.Secondly Any book that can bring your walk with Christ much closer.
Top

My favorite book is the Book of Job or Mark
Top

I would recommend the book BFG. It is about a big nice giant who catches a girl who saw him. They live in a cave and the other giants try to eat humans but he protects her.
Top

Kevin Brooks - Lucas
It's about a girl who meets this guy who is really mysterious. She falls in love with him. It's really good but hard to explain

The book maze runner is one of my favorite books right now.
Top

I recommend Black Beauty, even to non-horse lovers.

Black Beauty has such a deep and rich story behind it. the author Anna Sewell was in a bad accident when she was around 11. She grew up to love horse and appreciate them more. She grew up in the beginning and mid 1800's so horses weren't often seen as loving creatures but more like machines. When she was bed ridden and excepted to die within a few months she got right onto writing her tale which was a fictional story about a beautiful black horse who had around 7 owners, some good and some bad. Some abused him and others treasured him.

She wrote it to bring awareness to animal abuse. She took about 6 years to write it, despite that her doctor said she would only survive 6 more months. You see, her accident left her with a broken leg that the bone was set wrong in. It caused an infection which poisoned her. She died a few months after Black Beauty's release.

Her book broke records for sales of a fictional store. It turned into a classic children's book as well (Which wasn't' her original intentions). It was given out as a hand book to animal rights and children bought it. It was a great book, too bad she died before seeing it's success. She was so sick that near the end, she could only write a sentence or two.

There were many parts in the book where Faith is spoken about, i believe Anna was Christian and that God allowed her to live so long as to write it, and help stop animal abuse. Animals can't helpt that they are born as animals, God has a special purpose for all of his living creatures too!
Top
403 posts