This is more for girls/women (if you're younger check with your parents: they're all clean and have solid Christian teachings, but most are romance). Grace Livingston Hill is my favorite author. A number of her books are in public domain, but some are not, so reading them online is easy but make sure you're using a reputable source.
Top

Everyone knows about The Lord of the Rings and The Hobbit (and rightly so, they are as good as fiction gets). But Tolkien also wrote some good short stories which are much less well-known. I'd recommend Farmer Giles of Ham as a simple, hilariously funny tale, and Leaf by Niggle as a deceptively simple story that is the most profound explanation of the nature and purpose of work that I have ever seen.
Top

I recommend this really great book called "Survival of the Sickest." It is about how some of the most common and deadly illnesses known to mankind actually help us to survive greater problems. This book is really awesome and very fascinating. Happy Reading

I can't recommend anything better than the Bible. Our family reads through this together every day, and it helps transform your thinking to God's ways.

I also recently read a good book on management, called "Hardwiring Excellence by Quitn Studer. It shows how to improve employee motivation and patient satisfaction in a hospital setting.
Top

The Code of Silence series by Tim shoemaker
Top 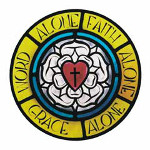 The Pilgrims Progress! by John Bunyan. My favorite.
Top

Ender's Game - Love it, named my cat Ender after the main character (mc reference is just a bonus) They made it into a pretty good movie too. I'm reading the sequel now, Speaker for the Dead and it's very good

Chronicles of Narnia by C.S. Lewis - look for spiritual messages, some very good theology in there

The Hobbit and Lord of the Rings - Tolkien wasn't a Christian (at least at the time) but he was searching for God. Some good spiritual messages. He was buddies with C.S. Lewis.

I also like the Percy Jackson books, both series. It is Greek/Roman mythology

Spiritual Most of these a teen could read, great content without fancy theology words.

The Great Divorce by C.S. Lewis - Allegorical, amazing book about heaven and hell.

Mere Christianity by C.S. Lewis - Difficult read, skip the first section if you're having trouble, the last 2 are much easier. Also about Christianity in general

Redeeming Love by Francine Rivers - Retelling of the story of Hosea, reads like a romance novel but real love

Captivating - Book about womanhood, I don't agree with everything but it's pretty good

The Shack - allegorial, somewhat controversial, about the Trinity and character of God, reads like a novel, I don't agree with everything but highly recommend it

Sex God by Rob Bell- He says he's talking about sexuality (broadening our understanding) but he's really talking about humanity. Excellent book on what it means to be human and the restoration of our humanity (the image of God in us) (side note: we shouldn't say, "I'm only human. To be truly human is to bear the image of God, humanity is a beautiful thing that has been corrupted by sin and will be restored, not destroyed, in the end. When we say "human nature" we most often mean "sinful nature")
Top

Technopoly by Neil Postman - About the influence of technology on our culture/lives/innermost being. Suggests drastic changes to how and what our kids are taught. Engaging read, somewhat of a conspiracy theory feel to it, textbook at the Christian University I went to (not for a Bible class), he reveals lots of problems but doesn't give many solutions
Top

Hey! I have a really good book to recommend to teens! Its called "Do Hard Thing" its a christian book. The book is based of these teens (they are brothers 17, and 19) And they have accomplished cool things as teens. Its also motivational to encourage you when your in a sticky situations. Example: I moved to florida, and had to make ALL new friends, I had to put my self out there. I can't just sit at home and expect to meet friends! But thanks to God I finally made friends! Met them all through church!

Anyway I loved the book, our family reads it together we all think its a good book. My brother and I are both teens.

ohohoh yes, please read the Ranger's Apprentice books. They are amazing. I've read each of them 3+ times aside from the last book, my first time being when I was 14. To this day they are my favorite books of all time. I recommend them to people who enjoy fantasy action books.
Top

I completely and entirely recommend the Percy Jackson and the Olympians/ The Heroes of Olympus series. They are so addictive and everyone in the fandom that I've met are incredibly nice!

I don't read much, but the Hound of the Baskervilles seems good so far.
Top

"What's Best Next" by Matt Perman. It's helped me to understand how to work in faith in the workplace and in all aspects of life.
Top
403 posts