If you want to publicly ask a specific member a question, do so here.
985 posts

Which is more frustrating:

Refusal to accept peer reviewed evidence, or insistence of the scientific validity of anecdotal evidence?

These are not mutually exclusive. 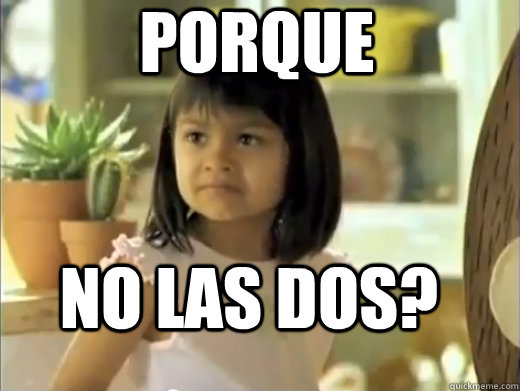 Thoughts on how Republicans are handling the recent Net Neutrality ruling?

Just going to throw this in:

Former senator: "this is terrible! Obama this and that!" Yes, none other than Ted Cruz.

I think this sums up how good a choice I made about moving.

Ahhh yes, Ted "That's not how any of this works" Cruz
My name is ChickenSoup and I have several flavors in which you may be interested
Top

Yeah, I found the "government bad->Net Neutrality bad" mentality to be really damaging. The republican party has been feeling really regressive lately. And Ted Cruz is just...

Yeah, I think you made a good move.
Pew Pew Pew. Science.

Thoughts on Sid Meier's Starships?
My name is ChickenSoup and I have several flavors in which you may be interested
Top

Super excited. Those 3 words put together is just a dream come true. I'm going to have to preorder this.

Also, the game seems like a ton of fun, with emphasis on ship combat and a 4X overlay.
Pew Pew Pew. Science.

EDIT: Oh, and for the sake of asking a question: Civ4 or Civ5?
My name is ChickenSoup and I have several flavors in which you may be interested
Top

I'm a Civ V'er. With all the expansions, I feel like it gives a rich, strategic experience.
Civ IV is absolutely great, though. The best way I saw it put is that achieved the ultimate way that the Civilization games could be, so Civ V had to mix it up and be different.
Pew Pew Pew. Science.

But you mentioned you had an dev idea inspired by Descent. Hit me with it?
Pew Pew Pew. Science.

So the idea sprung from picking the game up on gog, and an interest in flight simulators such as Microsoft Flight Simulator X and Digital Combat Simulator. Before I continue, let me just say that I highly recommend picking Descent up when it goes on sale. In Descent, you fly a ship in first-person cockpit view through a series of treacherous passages inside space stations and such. Since you are in space, you have no real concept of up or down, so your vehicle has six degrees of movement without any physics impeding them. It's awesome.

My idea is a game that plays very similar to Descent, but not in the same universe (because copyright). You play the same type of game, with (hopefully) better graphics and so forth. What I want to do that's new is optimize the game for HOTAS controls (Hands on Throttle and Stick), the same kind of controls used in flight sims, and add VR support through the Oculus Rift and the HTC Vive (whenever that comes out). The idea is to bring Descent-style gameplay to a slightly more modern generation and with controls that make you feel more involved in the game. More than anything, instead of attempting to make a full-blown game right now (though that will certainly come after), I want to make a proof of concept that harnesses the graphical power of Unreal Engine 4 in the context of a first-person, 3D space shooter.

My main concern with progressing past proof-of-concept is that my artistic talent is nil. I can probably do all the coding (though I'd want help), but the art...that's a negative, Ghost Rider.

Way cool. I'm interested in checking out this new Unreal engine, too.

If I wanted a introductory to the subgenre, which descent game is the best one to start with?
Pew Pew Pew. Science.

The first one is my personal favorite. It's easy to learn, lots of fun, and brutally difficult. And it's got multiplayer. All of which I would like to emulate in this hypothetical new game.

That said, the third one has the best multiplayer of all three. The singleplayer kinda relies on the first two games, but it's loads of fun.

So I'd recommend getting all of them, but the first might be the best one to start with.


What kind of game would you most like to make?