For all those action games like Mario, Mega Man, Zelda, God of War, and stuff.
Forum rules

Hi, I was wondering what peoples thoughts/opinions are on horror games? I myself prefer/love/enjoy horror games for the sense of thrill and suspense as you run away from monsters n' what-not and battle the baddies. What are any of your thoughts on this and is there anywhere ion the bible that would maybe touch on this?
Top

I'm not fond of horror games in general. Especially ones dealing with zombies and/or excessive amounts of gore.

As for Biblical aspects to these video games, if it's the kind of game where your character takes an active role in summoning or controlling undead or demons, that might be cause for concern. I seem to remember hearing something in the Bible about seeking out good, wholesome things to surround yourself with, but I may have to do some digging if you want specific verses.

Not a fan of horror games whatsoever because they scare you to death.

There may be a FEW of horror games that aren't so bad but still.

Not my favorite genre for movies or games, I want to relax not jump from fear
Is this site a blessing to you? Check out some free ways to support it!

Horror games tend to be my forte.
They can be good on occasion since they tend to be pulse pounding and the sort.
F.E.A.R., Silent Hill, Resident Evil, I've played way too many of them.

What I consider to be horror is something that has a tense atmosphere that causes a person's mind to wonder as they continue through the game. Stuff like Dead Space is technically horror, but all the jump scares just makes it boring due to how formulaic the game is as a whole. Stuff like Dead Island as well could technically be considered horror due to zombies and gore, but the gameplay is anything but. I guess it depends on the person's perspective, but as I've said, I tend to learn towards stuff that would be in the vein of Psychological horror.
Top

Have you played Penumbra or System Shock?
Is this site a blessing to you? Check out some free ways to support it!

Yeah, I'm playing through Penumbra Overture right now, but with System Shock i've only played the second one. I'll be going after it after I finish up Penumbra.
Top

The only horror game I've ever played is Five Nights at Freddy's 2. I played 1 time, lost, and haven't played since. If I even see pictures from the game I have trouble sleeping at night. And yet... I haven't deleted it from my kindle. For some weird reason I want to play it, but I won't. I actually enjoy some creepy stuff, especially things dealing with Space and aliens, which is ironic because I used to be deadly afraid of them.

Avoid them as much as possible.

There is a difference between fear, and anxiety/stress, fear can be associated with the unknown, in a jumpscare using game, you're anxious because you're waiting for the scare you know is coming. Problem with FNAF, I have never played it by the way, but it uses this as artificial horror, yet there is no horror, at the end of the day, it's just a robot screaming at you in most cases in those games. It feeds your anxiety by employing management of resources, that if you run out you're usually going to die, and keeping an eye on roving anamatronics, you see exactly what you're supposed to be afraid of in most of their cases, there is no fear of the unknown when what is hunting you is right on the screen staring into your security camera.

See, horror games that actually scare, usually are heavy in these two things, environment, and darkness. If the environment is stripped to essentials or lacks anything to distract you or add to your current state, and you can literally see the thing that is hunting you, then that takes away from it, stress isn't fear, it's like knowing you're getting fired, it's going to happen, but you can't change that, so you just have to ride it out, that's how you beat a FNAF game, you ride it out and ignore the jumpscares, just see them as a game over and not a shrinking monster in your face. It's cheep. You buy a horror game, instead you end up with resource management, running from what you know is going to show up and announces it's presence to you, or like when you are about to get a vaccine, you know the pain is coming, and that makes it worse. Really I have a theory of why FNAF is so popular, it involves the adrenaline making you want to do it again (maybe like a drug?) drawing the player in, and then the game's lore cementing you playing the game for the story. Plus for some reason the internet likes to see others suffer on youtube playing these kind of games.

Seriously, I played Spooky's Jumpscare mansion, (Do, not, play.) and it has monsters chasing you, with ones based of Silent Hill, Majora's Mask Ben Drowned creepy pasta, Resident Evil, Dead Space, but they all have the same thing in common, no air of mystery to this; if they touch you, it ain't good. Some chase you different than others and some distort the screen when present, but it isn't fear, you know if you just run to the door and get through the next series of rooms, it'll be gone and your health will restore on it's own, you know exactly what every one of them will do to you the instant you let one touch you, fear can grow with the unknown, (thus why the dark can be so scary to a child) but knowing exactly what you're dealing with...Take's the power away from them, and destroys it, not giving it to anything, not the monster in those games, not an in-game version of satan in another, they have no power but what you give them yourself, and when you know what to expect from them, you give them none.


Was that weird near the end there? But seriously, do not play that one I mentioned, there are cardboard cutouts of stuff that will pop out from the walls and make usually loud noises. And you get stressed out just waiting for the next one to happen.

SCP containment breach is different, it has actual fear between encounters because you don't know what horror will come at you next, but as soon as you know their formulas, when one is encountered, it becomes just an anxious quest to get to the next area. Don't break eye contact, don't run unless you need to, lure it through the electric thing, don't use any of the items that are actually SCP subjects, ever. etc. Also, don't play this one either.
Top

I honestly think of "horror" as a satanic move/game. If any game or movie involves horror in it, I try to stay away from it. Besides your not missing out on anything if you in fact decide to stay away, like I chose. I do hear you out on your idea of horror games and the suspense involved. I mean in some people's opinion they find the suspense in horror games enjoyable. I'd honestly rather find the "suspense" associated in another way.


Thanks
Woiv
Trust in the LORD with all your heart and lean not on your own understanding; in all your ways submit to him, he will make your paths straight. Proverbs 3:5-6

Horror games for me nowadays, are not my cup-of-tea. I tend to stay away from them as I am a wuss when it comes the horror genre. I think certain games and or movies can desensitize you.
Top

Not for me definitely, my spirit and horror do not seem to gel.
Top

Resident evil for the original playstation is one of my favorite games of all time. It's sort of like the legend of zelda, it's got a lot of puzzles.
Top 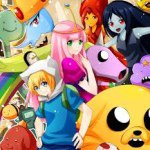 Too spooky for me! Tried playing 5 nights at freddys once, got spooked and closed it.