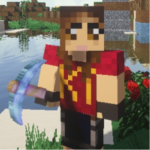 To skip to the short part go to the last paragraph part in my post following the "TL;DR" comment.

This week I have been quite sick and did not know from what. I have medical problems as it is so that complicates things even more. I had a kidney transplant 10 years ago. With a kidney you have to drink a lot of fluid as dehydration can kill the kidney off. I have been sick since a biopsy the week before (not kidney but uterus) to check for cancer and a few days after that I started having the runs real bad and thought it was just from eating too many oatmeal raisin cookies (boy they were sooooo goood!!). But 5 days of the runs is not normal. On top of that my blood pressure is up, I have had fevers and aches and pains all over in general (not in any particular spot) but especially the head (constantly) but the head is most likely due to the elevated blood pressure.

Got blood labs drawn yesterday and was told to come in today for the results and found out my hemoglobin dropped (I am anemic but was stable due to shots I give myself and was just recently told how good I was doing) and that my white blood cells went up (but still within what is considered normal range for the average person even though it is significantly higher than just a month ago) but my kidney function dropped and that is what concerned the walk in clinic doctor the most. He wanted me to go to the ER for emergency dialysis (an artificial kidney machine) as he thinks I have fluid overload and that my kidney is rejecting after 10 years without questioning me having the runs for the past 5 days straight. I called my kidney clinic and they think I am dehydrated (so the exact opposite) from having the runs all week and that a dehydrated kidney will lower the kidney's ability to function (I do know this in fact to be a true fact from years of going through my kidney health issues) and when it is not doing well your blood pressure goes up and all other symptoms that make it look like kidney rejection.

When I told the doctor who wanted me to go to the ER that I talked to the Kidney clinic via my cell while he went to see another patient he was adamant that I go to the ER to be sure. Well after looking over my labs and talking them over with my mom as well I decided not to go to the ER as in 2 days I go first thing in the morning to the kidney clinic where they specialize in this but if I start swelling up I will go to the ER. The wait times are horrible in my city in Canada (not all of Canada is this bad but I live in a city where they have closed down a few hospitals and are talking about closing more to open a Mega Hospital which will be far from the city's centre, hard to get to and no bus goes to and forced to have to pay hospital paid parking as no where else to park) with the same amount of beds we already have now (one of those "Looks good on paper, but in actuality fails to do what was intended" things). So I figured I will go if I get worse but even my mom says if I get worse she would rather just drive me up 2 1/2 hours up north to the teaching hospital because they are much better and faster at care. Another story I will NOT get into as this is already too long is I almost died in my own city's hospital but when I asked to be discharged and went up north to the teaching hospital they found out I needed emergency surgery and would have died without it. (that is the short version of that past hospital stay in my city) So I agree with my mom. I have much more faith in going up north.

So anyway ... TL;DR (too long; didn't read) is this: I am very sick and it is either an infection effecting my kidney or my kidney is failing. Please pray for me? Thank you.
Trust in the Lord with all your heart and lean not on your own understanding; in all your ways acknowledge him, and he will make your paths straight. - Proverbs 3:5-6

Re: My health scare (gross and still unknown)

Re: My health scare (gross and still unknown)

Praying please keep us updated!
Is this site a blessing to you? Check out some free ways to support it!

Return to “Prayer Requests and Praises”